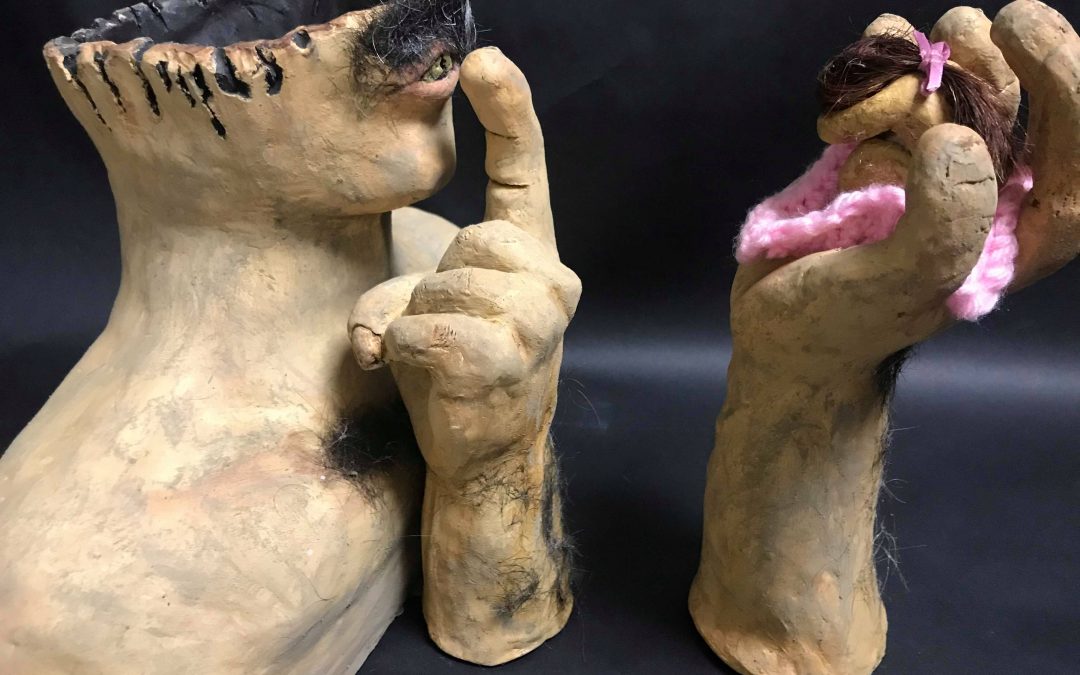 I had the opportunity and priviledge of interviewing a very inspiring young lady who is wise and brave beyond her years. I believe that her story will touch many lives and help others find the healing, peace and courage that they need in order to move forward from their own traumatic experiences. Here is an iconic “lemons to lemonade” story.

Tabitha is a 17 year old junior at Liberty North High School in Liberty, Missouri. Her life seems like that of a typical teen. She was involved in cheerleading and enjoys art. She takes pottery/sculpting classes and has an after-school job. The majority of her time is spent focusing on academics so that she can meet her future college and career goals. In meeting Tabitha, you would never guess that her past holds such a dark experience.

Around the age of five years old, Tabitha began going to her Great Grandfather’s house to be cared for while her mother went to work. She would go there about four to five days per week. Her Great Grandfather lived in a cabin in the woods, a long distance from town. When he began taking care of her, he would talk to her about sex; explicitly describing the concept to her which led to him performing the act with her each time she went to his house. He told her that it was their little secret and not to tell anyone about it. He also brain-washed her into thinking that this was a normal relationship between children and adults and that all kids did this, it was just never talked about. This routine continued on for five years.

Tabitha’s mother fully trusted her grandfather and never imagined him performing such horrific actions towards her daughter. She noticed behaviors in Tabitha that raised concerns and qued her into asking questions of her daughter. This led to the secret becoming exposed. Tabitha said that the initial concerning behaviors her mother witnessed were that Tabitha was much more mature acting than other kids her age. Also, when Tabitha was around her great grandfather, their relationship dynamic was more like that of a girlfriend/boyfriend. Once the secret was out, Tabitha’s mother notified authorities immediately. When her great grandfather realized that his actions of five years had been found out, he shot and instantly killed himself.

Once Tabitha was enlightened to the fact that what her great grandfather had been doing to her was wrong and that he was dead, she became a very angry person. What angered her most of all was that, in her words, “he took the easy way out. He never had to pay for what he did to me and I wouldn’t get my justice.” 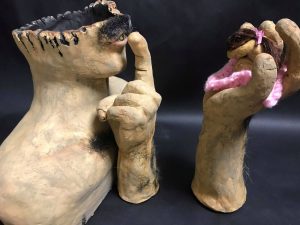 This is a clay sculpture that Tabitha created, depicting her molester and the innocence that was stolen from her as a little girl.

Processing such a life-altering event spilled over into everything in Tabitha’s life. Her thoughts were consumed by the events of her past. She became a very emotional and angry individual. She became a loner and didn’t want to spend much time with other kids her age. She felt that other kids were living “perfect” lives and could not relate to what she had been through. It was easier for her to keep to herself and escape into reading books. Tabitha suffered from severe depression, anxiety, and PTSD. She had difficulty sleeping. Counseling didn’t seem to help her either. She just wanted to be alone all of the time to process her thoughts. Her mom was always open to talking with Tabitha whenever she needed someone to simply listen. She used art as an outlet for her feelings as well.

At the age of 14, Tabitha recalls a conversation that she had with a special father-figure in her life. He asked her what she wanted to become when she grew up. She said that she wanted to pursue becoming a nurse and ultimately a nurse practitioner and work in the Obstetrician or ER department. This conversation brought about the realization to her that she had her whole life ahead of her. That “that man” had stolen five years of her innocense and childhood. The anger and emotions that his actions caused, stole another four years on top of that. She wasn’t going to allow him to control and manipulate any more years of her life. “Your past traumas don’t have to define you and rule over the rest of your life. People don’t have to let things (from their past) control them.” What a profound statement coming from a seventeen year old! Such wisdom and courage! That new mindset at the age of 14 was a turning point for Tabitha and that is where healing began for her. 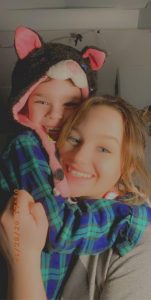 Tabitha, with her little brother.

At the present time, Tabitha feels that she has healed and is moving forward. She no longer struggles with any depression, anxiety or sleep difficulties. She has normal, healthy relationships with her peers. Telling others about what she went through has been a major step towards her healing. She said that the only “trigger” she sometimes has is when she hears someone’s story that is similar to her own but with a different outcome. Such as the child being killed or taking his/her own life. It makes her sad because they never got the opportunity that she did; to heal, move on, and live their life. Tabitha’s future goal of becoming a nurse practitioner will enable her to take her own experience and in turn help, educate, protect, and empower others. In essense, make “lemonade out of lemons.” When I asked Tabitha to summarize her traumatic life event, she concluded, “I’m stronger because of it!”

Tabitha’s story is one that, sadly, rings true to too many individuals. Her courage to speak out, not only brings freedom and healing in her own life, but also to other victims. I asked Tabitha what she would say to someone who has been sexually abused, or who is currently in an abusive situation. She said, “Don’t let them (the perpetrator) win. Don’t let them consume your life. Talk to someone you trust or go to authorities.”

I also asked Tabitha what she would say to parents or loved ones of someone who has been victimized. She said that you need to be a listening ear. Whenever the child needs to talk, always be open and willing to listen. She said that you should not push counseling if the child does not want to do it. Some kids want it and find it helpful, others do not. Let the child decide. Finally, she said that if the victim asks questions, then answer with truth and always be empathetic. Lastly, her words to parents: “Parents, look after your children, and other children, anywhere you are at. Listen to kids. Don’t be afraid to teach them the real terms for body parts and what good and bad touches are. If anything is suspected then ask questions. Molesters want parents to keep kids in the dark.”

I love Tabitha’s perspective and attitude towards life and her past! We can all learn and grow from her. I think everyone has been through some type of past hurt that has left a wound or scar. For some, it carries on for years, keeping them from fully living and enjoying their life. Take Tabitha’s mindset and break free from the bondage of your past that is holding you back! Today is a gift! Today is your day to start anew!

“Don’t let one experience ruin the rest of your life. We only get one life.”- Tabitha Michelle

If you would like to contact Tabitha with questions or comments regarding this article, you can reach her at: [email protected]

“Watching Tabi grow and develop into not only a better sculptor over the past 3 years has been certainly wonderful. However, being witness to Tabi working on her piece, communicating about her sexual abuse as a child, had to of brought up much emotion again for her. I hope the experience was therapeutic and brought her more healing. I applaud Tabi for being so vulnerable, to not only me in sharing her story and idea for the work, but knowing she had the inner strength to make the work and also display it in school among her peers is rather amazing for someone her age.” -Chablis Sanchez Martin, Art Teacher, Liberty North High School 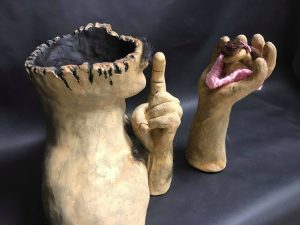